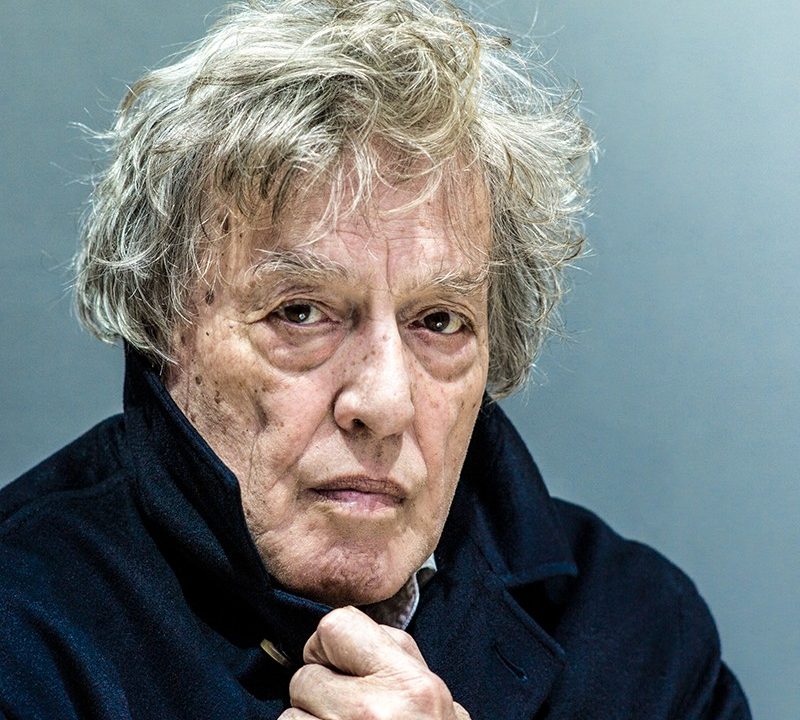 Tom Stoppard was born in 1937 in Zlín, Czechoslovakia. He grew up in Singapore and India during the Second World War and moved to England in 1946 with his mother and stepfather. Educated at schools in Nottingham and Yorkshire, he worked as a journalist and critic before beginning to write plays for theatre and television. He was knighted in 1997. Tom Stoppard’s work includes Rosencrantz and Guildenstern Are Dead, The Real Inspector Hound, Jumpers, Travesties, Night and Day, Every Good Boy Deserves Favour, After Magritte, Dirty Linen, The Real Thing, Hapgood, Arcadia, Indian Ink, The Invention of Love, the trilogy The Coast of Utopia, Rock ‘n’ Roll and The Hard Problem. His radio plays include If You’re Glad I’ll Be Frank, Albert’s Bridge, Where Are They Now?, Artist Descending a Staircase, The Dog It Was That Died, In the Native State and Darkside (incorporating Pink Floyd’s Dark Side of the Moon). His television work includes Professional Foul, Squaring the Circle and Parade’s End. His film credits include Empire of the Sun, Rosencrantz and Guildenstern Are Dead, which he also directed, Shakespeare in Love, Enigma and Anna Karenina.

“Dramatists endure a test of whether their work has lasted that it is far more brutal than the measure for novelists and poets of books remaining in print or on syllabuses. For a play to be seen as great, it must endure frequent revivals, in which the text is stress-tested by successive generations of directors, actors, and audiences.
Recent new productions of Sir Tom Stoppard’s 50-year-old Rosencrantz and Guildenstern are Dead and 42-year-old Travesties; and of The Real Thing and Arcadia, 34 and 24 years after their premieres, have proved that these dramas will last because they are built, as is all Stoppard’s work, on foundations of electrifying dialogue, vivid stage-pictures, literary and historical perception, and roles that allow actors unusual verbal and emotional scope.

A common early view of Stoppard’s work was that it put pressure – too much, some critics felt – on the heads of theatre-goers. But time and revivals have shown that these plays also threaten to break the heart in their depiction of people struggling to make sense of life, death, love, faith and science.

Playwrights – however great – tend to win fewer literary prizes than other writers. Both the David Cohen Prize – and its Swedish literary equivalent, the Nobel – have gone to the theatre far less frequently than to other forms. This is because even the very best play script is unfinished – a blueprint for a live performance. So it is another mark of the literary merit of Tom Stoppard that those judges who met his plays mainly on the page were just as enthusiastic as those who had spent numerous evenings with them in the dark.

The judges were also impressed by his range. Beyond his major stage plays, Stoppard has also created one of the most perfect one-act dramas (The Real Inspector Hound) and one of the greatest TV plays (Professional Foul), as well as collaborating on Terry Gilliam’s extraordinary film Brazil.

Two decades after Harold Pinter was an early winner of the David Cohen Prize, the award marks its Silver Jubilee by honouring a second giant of 20th century British drama.”