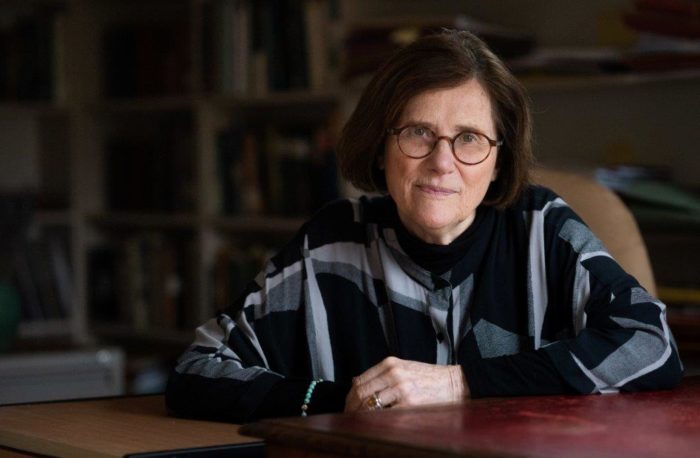 Hermione Lee is a biographer, critic and Emeritus Professor of Literature at the University of Oxford. She has taught at the universities of Liverpool and York, and from 1998 to 2008 she was the Goldsmiths’ Professor of English Literature at Oxford. From 2008 to 2017 she was the President of Wolfson College, Oxford, and founder and director of the Oxford Centre for Life-Writing at Wolfson College. Her work includes biographies of Virginia Woolf (1996), Edith Wharton (2006) and Penelope Fitzgerald (2013, winner of the 2014 James Tait Black Prize for Biography and one of the New York Times best 10 books of 2014). She has also written books on Elizabeth Bowen, Philip Roth and Willa Cather. She has published a number of books about life-writing: Body Parts: Essays on Life-Writing in 2005, a “Very Short Introduction” to Biography in 2009, and, in 2020, a co-edited collection, Lives of Houses. Her biography of Tom Stoppard will be published in October 2020. She is a Fellow of the British Academy and the Royal Society of Literature, and a Foreign Honorary Member of the American Academy of Arts and Sciences. In 2013 she was made a Dame for services to literary scholarship.

She has judged a number of literary prizes, including the Booker (twice), the Hawthornden Prize (for twelve years), the W.H. Smith Award, the Guardian First Book Prize, and the Geoffrey Faber Memorial Prize. She was a judge for the David Cohen Prize in 1999 when it was awarded to William Trevor.